Something’s got to give America 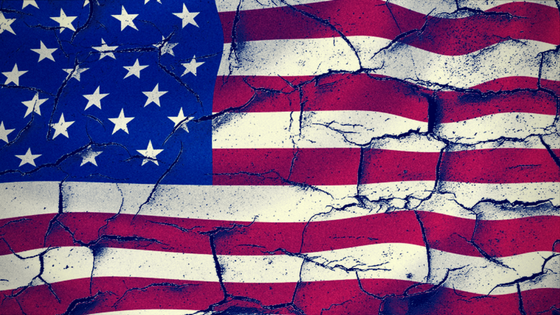 It would be so easy to write from a place of anger that yet again, a new record in a death and injury toll has been achieved by a lone-wolf who has gone off his rocker and destroyed the lives of hundreds of innocent people. For me, there’s no anger this time. It’s a sense of hopelessness and a giant chasm of blank.

I have tried once to offer an opinion about gun laws on my own personal facebook page to only have someone in my circles so vehemently defend an American’s right to bear arms that I stared at the screen in disbelief at the argument put forward. In my world it was insane. To put that in context, I’m an Australian who watched as our Prime Minister said “right, that’s it, no more guns.” Australians as a greater whole agreed with it, and the buy back plan was hatched and no more mass shootings have occurred since.

I’ve read articles that have put forward the notion that we don’t have the same population as the US, so that gun policy was nice for us, but not possible for the US. Even when you say, “but what about getting rid of automatic and semi-automatic weapons”, then you get hit with the second amendment lecture.

So I’m not going to even utter a single thing about the gun culture, the laws or lack thereof, and the right for an American citizen to protect themselves, which, in yesterday’s mass murder, anyone carrying a gun would have been hard pressed to fire their handgun at the man in the window, in the dark, on the 32nd floor to stop him in his tracks with his stash of 19 automatic weapons.

What I would like to articulate, is my sadness at how a country that has been described as the leader of the free world seems to be imploding. I know this is one incident, one man, and 600 odd people out of how many million? This one though, has to make a difference? It feels like the US is bleeding internally and no one can find the artery.

We learned that 2017 is a year of new beginnings. My hope is that all of these incidents and the commentary ensuing are paving the way to a strong united country who can go back to being the parent of the rest of the world. It’s like this parent doesn’t want to play anymore and decided to have a midlife crisis to find themselves again.

To those who have collectively stood for love versus hate all over America and the world I sincerely send you everything I’ve got in emotional strength to stay the path. To help make sure your voice of love is loudest. I’m one of those ones you can count on to cheer from across the pond saying “you can do it!”

Those of us who live in relative safety away from a gun culture like that in the US, I would ask you to do your best not to be angry for too long at the senseless loss of life that has once again been dished out en masse. Let’s hope that the survivors collective voice be that loud that good sense prevails.

It will do you no good to stay in that anger because those of us not living there, can’t do anything about it.  It also doesn’t help those American’s who are now reeling as a result of this atrocity. The anger actually takes away from the positive action of ‘what now?’.

What everyone should prepare for around the question of that ‘what now?’ could very well be the answer of ‘nothing’.

When the last mass murder involving innocent children occurred, nothing happened, so the possibility of nothing happening this time is very real except for the colossal quantity of survivors who might now gain a voice. All that is in order for anyone outside the States is to go to faith and trust that just maybe something will change now.

We can send prayers and strength to decision makers that the right decisions be made in an effort to stem the bleeding. We can sit in gratitude that there are successful points of reference all over the world about what gun control can look like. We can send prayers and love to our American brothers and sisters who are suffering horribly right now and give them the strength to do their best to make a difference anyway they can, even if it is just to hug someone who has lost a loved one to gun violence.

We can beg all those with a voice in that country to stay on topic and hope that this one isn’t ignored.