Why it’s time to open minds with Dementia 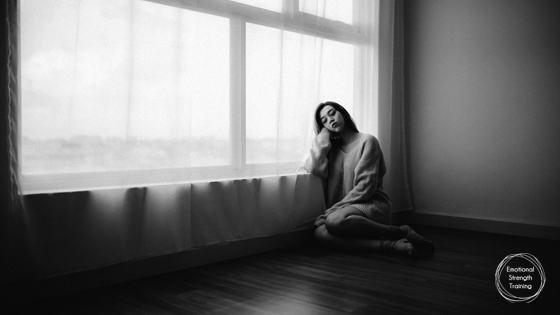 Dementia… it’s nasty and it’s horrible and a really cruel way for someone to die. I saw my Grandad go through it, and visiting him in the RSL home he lived in, having lunch with him at a table of people aged from 65 – 88 having a grand old conversation about completely different things each while watching a 56 year old woman walking around in circles in the room making noises because she’d completely lost the ability to speak sentences. Yes, you read that right, 56. She could still feed herself though.

My Grandad died of Dementia some 9 years ago now and it took a long time for that to happen.

This morning I posted on my facebook page about my beliefs around Dementia, and why it and Alzheimers exist and it didn’t go down so well with someone who works in the industry. So blog about it I shall.

My blogs usually start with Why, but today, I’m going to ask a bigger question: What if?


Dementia and Alzheimers are the body’s way of helping a person to die who is PROFOUNDLY  afraid of dying.  The brain cells start to die to implement a new state of “being” for the patient, to take them out of their reality. In my work with the Emotional Strength Training, life events cause pockets of emotion that undealt with cause overwhelm, illness and chronic disease. In this case, the emotional trauma causes brain cells to start dying.

Louise Hay’s book Heal Your Body A-Z lists it as “Refusal to deal with the world as it is. Hopelessness and anger.” She also lists the brain as the human’s computer, the switchboard.

What I learned about him in the 33 odd years I knew him was that he was someone who enjoyed daily solitude. He was very religious before he went to war, and he saw the Padre have his head blown off in front of him while hiding in a trench in the Middle East, and he explained to me that that was the day he stopped believing in God, yet he gave my sister and I bible story books when we were babies and told mum she must read them to us.

What dawned on me when I learned the possibility of dementia being something the brain manifests to help those profoundly scared of dying, Grandad was religious and REALLY angry at God for a long time, death means you have to go and meet God, and the religion he grew up in was around the God that judged and smote those who breathed through their left nostril on the wrong day of the week, of course he was scared to go and ‘meet his maker’ because he’d been angry for a long time. “What would God think”.

Now, that’s the foundation, he had other bits included. He used to have a tall-y (large bottle of beer) on the go from 10am in the morning while he worked in solitude on his orchids in his greenhouses, until bed time. So alcohol would also have been a factor – again, used to mask the anger at life, just like any addiction, it takes you out of having to deal with foundation things. His dementia accelerated quickly also because his diet was very poor and when he was placed into quality care, the acceleration stopped being on MACH 3 and just went back to being something you’d lose 3 points on if you got caught on the M1.

There is more, about his life and choices, but for today’s lesson, that’s the biggy and hopefully enough to pique your interest.

What I would love to happen in the biggest scheme is that if you are reading this and you are one PROFOUNDLY, let me say that again, PROFOUNDLY frightened of dying, if you have EXTREME beliefs around God and the chance that He is going to send you to purgatory or hell, that you will do some personal development work around that belief system and do some research about what the Pope is talking about these days, he’s a really cool Pope. If you have PROFOUND fear about getting an illness that is going to cause you to suffer and suffering is just so abhorrent to you, do some personal development around that.

Often it is going to come back to life choices and trauma that you have had in your life, and by working with someone without an agenda, in a non-judgemental situation, by speaking your concerns, you will be starting the ball rolling to free yourself of the emotional burden.

If you are reading this and you are in the medical industry, and can sense the intent with which I am writing this shows clearly that I am a friend of science, I would dearly love for you to start asking the questions of your patients who present early. Asking the question when the time is right, when you have built a rapport with them, when they feel at ease and that they will not be judged, especially around being forgetful and that they have something ‘wrong’ with them, ask them the questions about their life in general conversation.

What if you were to engage someone like me with my emotional strength training therapy, or an EFT practitioner or anyone who specialises in the natural therapy of energy work to work with your clients to measure their outcomes?

What if you were able to change awareness for people who have these fears and it reduced the incident of dementia over decades so that our facilities weren’t so over burdened and the staff worked to the ground because there’s no room for all the people to get quality care?

As I suggested in my facebook post, science is injecting mice with all manner of random things in existence in the hope that something will show up as a way forward. This work I am speaking of here today is just opening a dialogue. Truly it is. No needles required. There may be some ugly snot producing crying, but never any needles, beakers or heart monitors.

What if me speaking about this is the catalyst for change?

What if it finally did become about patient outcomes and the mind set ‘do what it takes’ and the option being put forward is just opening a dialogue?

Thanks for reading
Amanda