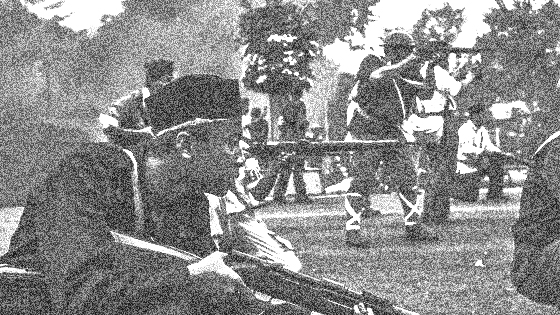 I want to put something into immediate context for you before I even get into the crux of this blog today. I needed an image for this post and typed in “teenager fighting with parents” in the search area, and this was the first image. I did a double take at the small image thinking out aloud with the question:  is that an image of the Khmer Rouge?

I didn’t know whether to hug my computer screen or sob over the keyboard.

It was a moment of feeling validated by a computer with an algorithm that must have threads to the despair I feel at regular intervals these days as a parent. I have officially been a parent of something living independently on the outside of my body for 5909 days as I write this. 5300 of those days I’ve been the parent of two of those independently breathing creatures. I am also one of the lucky ones who has a husband and equal co-parent of the two humans we call our children. We have always been on the same page with our parenting ideals.

We have hit our new level of “growth”. Yes, for happiness sake, let’s call it growth for now.

There have been rumblings since 2018 about being allowed to attend parties which are now called “Gathos” and at those Gathos there are a number of young people celebrating being really young with alcohol, drugs and blow jobs. All for the generation that’s addicted to social media. The generation that don’t know how to communicate with real words in real life, but can have great conversations with texting, Snaps and Streaks and WhatsApp. The generation who celebrate their sexuality through images on Instagram and Snapchat with photos of how sexy they are. NOW the new added addition is let’s get hammered and or high so that we can communicate in real life and not be all awkward about it.

Here’s where I’m struggling with the second generation of peer pressure.

The FOMO factor is massive for my teenager right now. He’s tried to justify that these kids are his friends, he likes them, they’ve been mates for a long time and he’s right. Most of his friends I know them from sport, I’ve seen them when they were little and still cute. They’re a good bunch of kids.

But somehow I’m behaving like an unreasonable, out of touch dinosaur by saying ‘no drinking’ before you’re legally allowed to, no to drugs because death, and while I’m ok with sexuality, the discussion is also along the lines of respect for girls and knowing that they aren’t someone to take advantage of just because your mate’s had sex or a blow job and you should try it. You need a girlfriend, you need to be treating her as you would if you were a couple and you need to be taking things slowly because Lord knows, I know what it’s like to support parents when their teen has had the sex disappear and their undeveloped brain goes into chemical meltdown that makes them feel like they are depressed and they want to top themselves because of the dopamine withdrawal.

In fact! I’ve just googled “what are the brain chemicals associated with an orgasm” to make sure I wasn’t getting my brain chemicals mixed up because you know, I’m not a neurologist, and this is what came up at the top of the search:

“Dopamine, the chemical associated with feeling good, mixes with Oxycontin, the chemical responsible for bonding, and floods the brain with an explosive combination. Interestingly, neural scans have shown that the burst of dopamine during an orgasm is very similar to the one seen during a rush of heroin.”Read the whole article HERE

So now, you’ve got social media addiction, fortnite addiction, alcohol, drugs and sex all in 15 to 16 year old boys and my 16 year old is angry at me because I’m saying no.

I know that not every other parent is involved in emotional health like I am. I know that not every other parent is going to be living and breathing the information that I research to join the dots to why a client is not coping with life in their every day. I also know, that in my limited experience of navigating this world of parenting a teenager that when you find another adult that is on the same page as you, you want to go into vice grip mode of grabbing their ankles as your husband is dragging you away screaming “don’t leave me”. To reiterate, my husband and I are on the same page with this stuff, he just handles it differently to me. He knows what it’s like growing up and living in a smallish town.

The core of every fibre of my body is screaming NOOOOOOOOOOOO when it comes to this stuff. Then I’m regaled with the details of all the “nice boys” that are drinking, taking drugs and living a sexual existence and I’m like ‘are their parents ok with this?’.

Not from a place of judgement but rather “I trust their decision making process in other things, so maybe I’m missing something here.”

Then I have people in my life who’ve come out the other side saying things like “their parents mightn’t even know” and then given all the horror stories of how sneaky teenagers can be.

Get married and have kids they said. It’s the right thing to do, they said.

Hand me a fucking flame thrower.

So parents who might be reading this, here’s my Emotional Strength Training Process view of this clusterfuck.

STAY IN YOUR OWN LANE.

If you are a parent that’s ok with it, then please know, there’s still no judgement. It’s your parenting gig, they’re your child, no one has the right to tell you if you are right or wrong. My only suggestion is if you’re having these gathos at your home, just get some advice on what liability you’re open to if one of these underage kids gets injured, sexually assaulted or dies under your adult supervision. You might also want to read about the proof associated with teens smoking dope: smoking cannabis in your teens has been proven to be linked to depression later in life.

I just know that even though I feel like I’m talking to Wilson some days wondering if I will ever get off the island, I am prepared to stay on the island for as long as I have to. Naturally, if other kids and other parents want to visit the island because it’s a tax (read judgement) free haven, then that’s ok too, but understand it is my island.

You know that good old saying “what other people think of me is none of my business”, write that down and read it every day.

You’re the adult here. What you want for your child until they are 18 and even then beyond that if they are still living in your home and you’re facilitating their existence, is what you want for them. Just like when they were babies, routine and consistency. Stick to it.

Do feel free to leave a comment or come and join my e-school group if you need some real life ongoing support to survive parenting. We’ll get that “growth” and turn it into a super power.