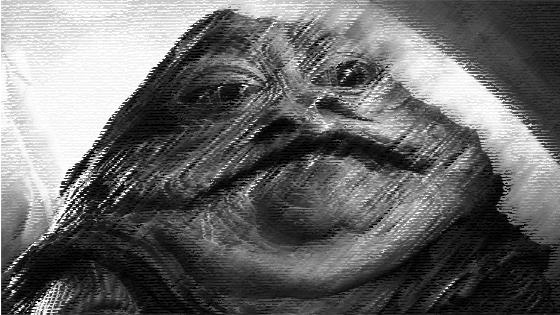 Universal Law dictates that there’s always a gift in every situation. It doesn’t always show up straight away, but it will show up.
Guaranteed.
Harvey Weinstein, and the fact that a large chunk of humanity are now talking about his behaviour, over an extended period of time, that’s the first gift.
It’s finally out in the open and people are taking action to make sure he starts paying the price for his choices (#NB passive aggressive word to discredit his ‘illness’).  Harv’s, you do not have an illness mate, you are a power tripping manipulator who played the culture to satiate your desires and it became a habitual game. Oh and I need you to know,  I think you look like the picture I have used for this blog. There’s no way in hell that the number of women you preyed upon, as well as the calibre of women you preyed upon, saw you as a quality source of lust.
Anyhoo, I digress and return to the gifts as I force my throat to stop constricting in the natural response of the gag reflex …
The next gift, the weight of burden that must have been collectively released by all the women who realise now, they aren’t alone and that together they have dictated that the establishment must listen and do something.
For me personally, the biggest winner is seeing, in every direction, all these men standing up and saying something about it in man speak, which is straight up, “be better men”.
One post in particular was a man on LinkedIn who has spoken directly to the quantity of men who proposition his female team members via the messenger function on LinkedIn, because they have a nice profile picture.
The louder voice of the men who aren’t wired the same way as Harvey Weinstein or even the every day Joe Bloggs, who sees a pretty girl and does the corporate wolf-whistle via a social media platform, will win out.
These men are the men that will help see change, by calling their brothers out saying “we’re better than this fellas!”
It’s glorious.
If you are on social media, you will see that there’s a hashtag going around to show how many women have been through sexual harassment and or assault. I’m a definite #MeToo person and rather than just put the copy and paste I’d like to get into specifics about what happened to me and I’m hoping to encourage any other woman, young or old, to do the same.
There’s a degree of difference in joining the crowd and then actually pointing out what happened to you with real life examples to make it real, versus an umbrella group concept.
For years, I used to play the things down I went through because I was never physically harmed.  I know women who were, so I always went from the space that someone was always worse off than me.
This is also another systemic issue that needs to stop. We are all individuals, so when you’ve been harassed or assaulted, it’s like changing the subject away from your story or process by starting to compare or talk about someone else’s experience.
Your soul.
Your experience.
Your healing.
Your future.
So please find following the seven major incidents that happened to me that I wish to share today as my contribution to #MeToo.

So, you see, encounters and incidents don’t have to be violent.

It’s the culture that backs up the power of the perpetrator from all directions. The one thing that seems to be coming to light in the Weinstein story is that people knew. Like people knew about Rolf Harris’ behaviour and all the horrible atrocities in the Churches of the world. Because they hold the power, backed up by the next level of power, it takes decades for the abuse to make it to the light. The gift, finally, is that they actually are making it to light and they are forcing the hand of the overriding culture that is don’t say anything because it’s not going to end well for you.

In every one of my experiences, I lost out. Even with my divorce, my first husband threatened to kill me if I asked for anything I was entitled to after a ten year relationship with him. I had no ability to feel safe and secure in my life because of all the evidence I had of how much support was available to me from those who were the closest. I didn’t want to lose my life, so I walked away and even then, he wouldn’t stop phoning me and telling me we should still be together. So I had to ‘disappear’ to the UK.

As many of my friends have posted with their #metoo posts, this doesn’t define me. It used to, but not anymore, because I did the work. Every time the profound fear of working with men came to the surface in my role now as the Emotional Strength Trainer, I was able to do the intention work, and push through the fear, knowing that I’d recreated the energy around the kind of men I have in my life the minute I started a relationship with the man who has now been my partner for 19 years. Every man that has come into my life through my business or friendships ever since, has been one of those men who are the kind to stand in front of a man capable of sexually harassing a woman and saying “come on now.”

Today I celebrate every man that comes into my life who presents this way and I can say with unequivocal delight, there are loads of them. If a man is reading this who has been sexually harassed or assaulted, I want to encourage you to stand in the #metoo tagging fest and derive your courage from those who are also standing in their truth.

Finally, while I was scrolling through twitter this morning one tweet stood out for me as an indicator that some circles were trying to take this Weinstein stuff to a place that can only be deemed as a someone trying to change the subject.

If you think the Weinstein scandal means men can no longer flirt with women, you must be really fucking atrocious at flirting.

I think it’s a really poignant part of the discussion. There’s a giant divide between normal human interaction that’s a bit of fun and sexual harassment. It’s also a giant opportunity for people to do a shit tonne of self-worth work and defining what is ok and what’s not okay and being strong enough to stand in that space. Stand tall in the affirmation that you only attract people in your life who are in alignment with you and your boundaries. That’s were you will build your person power from.  As the culture grows and people aren’t using blame tactics, within a generation we should start to see more of a balance and less of the scandals.

We can only hope.

#If you would like a hand to clear the emotions you have around this #metoo epidemic, starting 24 October, 2017, I’ll be doing a 4 week mastermind helping you to shift the parts of your story so that you can live the “We go through what we go through to help other’s go through what we’ve been through” – the things that happened to you don’t have to rob you of your future life founded in happiness and security. A nominal fee of AU$22 is the only cost to take part.

CLICK HERE TO JOIN via PayPal and when payment is made it will take you to a facebook group. We start on the 24th of October, 2017.